A cleaner Thames
with hybrid drivelines

The next time you find yourself by the River Thames, spare a thought for Marine & Industrial Transmissions. The company, part of our Driveline Solutions business group, is helping to make the river environment – and London’s air – a little cleaner. 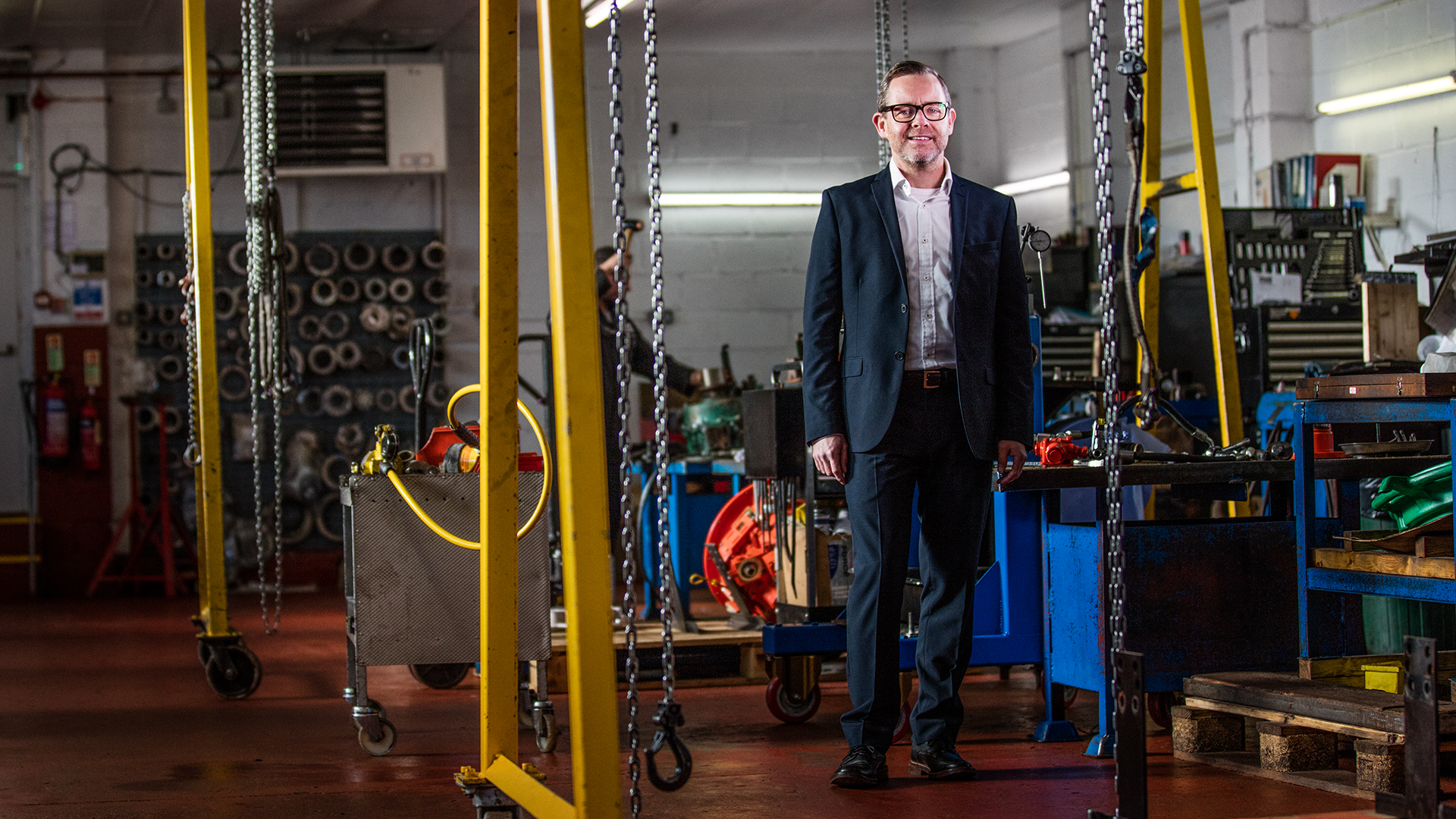 THANKS TO Marine & Industrial Transmissions (MIT), the Port of London Authority’s new pilot boat, named Leader, runs on an innovative new electric hybrid driveline. The boat is the UK’s first pilot vessel to use a solution of this kind. The technology is welcome in a city that experiences more than 9,000 premature deaths from air pollution every year and whose mayor, Sadiq Khan, has set aside £22 million to fund local air quality projects over 10 years. The Port of London Authority is committed to adopting new technology with lower climate impact. Its Air Quality Strategy for the Tidal Thames, the first document of its kind produced by any UK port, aims to reduce river-based air pollution while also spurring growth in waterborne freight and passenger transport.

MIT, WHICH JOINED Axel Johnson International in late 2018, has serviced boats and ships for the port authority for 45 years.
The new pilot boat transfers pilots to and from vessels operating in the Thames estuary. Its innovative beak bow hull design makes it lighter, more fuel-efficient and capable of higher speeds than conventional pilot boats.
Completely emissions free in electric mode, Leader reaches up to 16 knots under electric power. It combines both diesel and electric power and is emission-free while operating in electric mode. It can operate in its nominal speed for full River Thames operations on electric power before it needs re-charging.

Developing standardised hybrid systems for low to medium power marine applications is a complex task due to the wide variety of driveline designs used in marine markets.
“The solution we’ve provided utilises lithium iron phosphate batteries and a marine plug-in hybrid propulsion system from our supplier Transfluid SpA in Italy, which has been a partner to us in industrial power transmission for 30 years,” says MIT Managing Director John Logue.

The Port of London Authority’s new electric/hybrid ORC 136e pilot boat. It is the first of its kind in the UK, and is capable of sailing with 300kW of electric propulsion.

Battery cost makes hybrids more expensive than diesel drivelines. Indeed, high initial investment cost is usually the biggest hurdle to introducing boats with electric hybrid drivelines in a fleet.
During use, however, fuel costs are lower and renewable energy sources such as solar, wind and tidal power can be used for charging. The driveline’s batteries can also be put to other uses, such as air conditioning, lighting and heating.
“Apart from lower diesel consumption and reduced emissions of greenhouse gases and other pollutants, there’s also far less noise for the onboard crew and people nearby,” John says.
“There’s also less vibration, which is a big health and safety issue. All in all, it makes for a much more pleasurable ride. On top of that, longer maintenance intervals drive operating costs even lower.”

Sam Randall, one of the service engineers providing aftermarket services of drivelines and gears for MIT’s customers.

FOR THE PORT of London Authority, the new boat is a first step towards decarbonising its Thames fleet. John sees it as the start of a revolution for river vessels in and around London.
“Demands for less pollution and lower CO2 emissions will only increase. As battery technology evolves and its cost comes down, I’m sure we’ll see more of these solutions implemented. In fact, another port authority recently ordered a hybrid driveline system from us for a new vessel.
”Reducing CO2 emissions for both land and water applications is a key business imperative for MIT. After entering the electric hybrid market seven years ago, MIT has invested heavily in this technology. John and his team also work hard to educate the industry in the UK about more sustainable solutions.

FROM ITS BASES in southern and northern England, MIT provides complete aftermarket services throughout the driveline’s lifecycle, with comprehensive UK and Ireland coverage along with established global mobile support services.
“We’ve invested in a highly trained and dedicated technical engineering team and a significant inventory in world-class brands of new and refurbished transmissions, driveline systems and spare parts,” John says.
“Our aim is to support our customers’ multiple applications with custom-designed driveline systems that are future proof and to ensure whole life care.”

About MIT
MIT is one of the UK’s main suppliers of driveline and propulsion solutions to the marine, off-road, quarry, rail, military and associated industries.
Driveline system
MIT’s parallel hybrid driveline system has three modes and sits between the engine and marine gear. With the clutch disengaged, the engine is disconnected from the rest of the driveline, allowing the vessel to be operated by the electric motor instead of the engine. It then sails silently with zero emissions.
During engine operation, the clutch is engaged and the electric motor becomes a generator, re-charging the batteries if required. Operating the engine and electric motor at the same time engages a booster that allows the electric motor to assist the engine in providing extra torque to the driveline during acceleration.
Service Engineer Gary Downes, about to refurbish marine power transmission gear at MIT’s workshop.